By now, all of you are aware that before the end of this week (and of July, for that matter), the law known by its legislative name, S.B. 1070, will be enacted in the state of Arizona.  As I wrote earlier in this blog, this law puts a large amount of blame for crime in Arizona on the shoulders of Mexicans and other Latin Americans, more specifically those entering the U.S. illegally (which makes me wonder if there are any criminals among the local White-Anglo-Saxon-Protestant population, but I guess that’s another story).  This bill:

“Requires officials and agencies of the state and political subdivisions to fully comply with and assist in the enforcement of federal immigration laws and gives county attorneys subpoena power in certain investigations of employers. Establishes crimes involving trespassing by illegal aliens, stopping to hire or soliciting work under specified circumstances, and transporting, harboring or concealing unlawful aliens, and their respective penalties.“

S.B. 1070 is interesting in that it amends local law for the following purpose (emphasis is mine):

“11-1051. Cooperation and assistance in enforcement of immigration laws; indemnification.

“B. FOR ANY LAWFUL CONTACT MADE BY A LAW ENFORCEMENT OFFICIAL OR AGENCY OF THIS STATE OR A COUNTY, CITY, TOWN OR OTHER POLITICAL SUBDIVISION OF THIS STATE WHERE REASONABLE SUSPICION EXISTS THAT THE PERSON IS AN ALIEN WHO IS UNLAWFULLY PRESENT IN THE UNITED STATES, A REASONABLE ATTEMPT SHALL BE MADE, WHEN PRACTICABLE, TO DETERMINE THE IMMIGRATION STATUS OF THE PERSON.“

From what I can see, S.B. 1070 makes state, county, city and town police departments into de facto immigration enforcement agents, just by requiring anyone who is stopped for speeding or found anywhere on the street proof of his legal presence in the U.S., only on mere suspicion.  Supporters of S.B. 1070, including the current Arizona governor, Jan Brewer, claim that this law is needed to address a crime situation which leads back to illegal immigrants—all of them equally, as if there were no honest people among those immigrants—, and which the Obama administration has been unable or unwilling to address.

As expected, there have been several protests, in Phoenix and other cities in the state, and in several cities in the U.S., against what such a legislative bill would stand for.  A legislative bill which, as I see it, is not much different from some of the legislation coming out from legislatures like that of Puerto Rico—and believe me, lately I have seen a lot of “gems” from the Puerto Rican Legislative Assembly, but that’s another story.  A bill which is based in mere suspicion used against someone not fitting the prevailing ethnic pattern, and which may be used for racial profiling by local authorities.  And even though a week later governor Brewer signed into law some amendments to “soften” some of the most controversial aspects of this law, I think it’s still dangerous in that it can lead to abuse just because of mere suspicion, and it can also foster intolerance among the citizens of Arizona.

Worse yet: Some people think, “now, it’s Arizona; next, it could be any of the remaining 49 states”.

Maybe most of those who support S.B. 1070 should know (maybe they do know) that illegal aliens don’t come only through the Mexican border.  How about Canada?  Better yet, how about illegal immigration to “Puerto Rico-USA” from the Dominican Republic and other Caribbean nations?  See, that’s a large problem U.S. Customs and Border Protection has to deal with in Puerto Rico.  (But let’s hand it to the S.B. 1070 supporters, who may not see as wrong the “illegal” immigration from Cuba—even if a “Scarface” comes along every now and then.)  And let’s face it: those entering another country by unlawful means are breaking the law, at least in that respect, but that does not automatically make them criminals (unless they mean to make a life of crime in their new destination).  Are those with that backwards mindset, equally adamant in campaigning against the illegal entry of criminals from Canada and other countries than against the illegal entry of criminals from Mexico and Central America?  Maybe they are not willing to spare some time to understand those subtleties—they have more important things to do.

Of course, they can always hide behind a “tight schedule”, like governor Brewer did when Colombian singer-songwriter Shakira (official website; bio at Wikipedia) wanted to talk with her on behalf of the singer’s foundation for social causes (Fundación Pies Descalzos).  And let me make this very clear: I’m not a fan of Shakira, and I have never liked her voice, the way she sings or even her career path—from starting as the poetic voice of a young generation back in the late 1990s to becoming a diva at the same level of a Beyoncé, a Christina Aguilera, or a Mariah Carey.  (I didn’t even watch the FIFA World Cup opening and closing ceremonies just because she was appearing in both ceremonies.)  But just to be fair, that doesn’t mean that while she was making a good will attempt at a dialog, at offering help, at finding solutions to a problem like that of illegal immigration, she should be tossed aside just like that, because the person with the power to right a potential wrong has a “tight schedule”.  So much for excuses…

So what’s it with the attitude reflected in initiatives like Arizona’s S.B. 1070, by which Hispanic immigrants (and I don’t mean only Mexicans and Central Americans) are treated like “the enemy”?  (And that was just the beginning.  A few weeks after the passing of that law, there was a vote in that state to “correct” the material in course textbooks, to either diminish the cultural contributions of “minorities” or to alienate them from their cultural underpinnings.  What will they think about next?)  Someone over there may think that the world’s most powerful nation is threatened or in imminent danger of being “dissolved” into “tribes”, “defeated” by peoples from different cultural backgrounds.  Maybe what some WASPs know about immigrants comes from the bad things some immigrants do—especially those bringing some bad habits from their countries of origin, and/or who come to the U.S. seeking an easy life—, and so they want to paint every immigrant (legal or illegal) with the same broad stroke.

Could it actually be the fear of crossing their paths with people that is so “different” to them, people who could open their minds to a new, different world, the same world that—whether they like it or not—surrounds them?

Who knows, maybe it is fear, that same fear that makes a man or woman see everyone else as his or her “enemy”.  Anyway, let’s see if fear is going to have the final word.

UPDATE (July 29, 2010): By one of those twists of fortune, a federal judge ordered on July 28 to put a hold to those most controvertible aspects of Arizona Law S.B. 1070.  This should give both parties in the debate a breather, until further review of the impact of the relevant portions of the law governing illegal immigrants.  And as on cue, governor Brewer has vowed revenge has announced that she will go to the courts in defense of that law, which she sees as a “help” the state of Arizona is giving to the U.S. government in implementing immigration laws.  (If you ask me, to that kind of “help” I would respond, “Thanks, but no, thanks!”)  Of course, the battle lines are still drawn, with supporters wanting to increase their fight to get rid of those they see as “undesirables”, even if those “undesirables” are willing to do the jobs others may find “disgusting” and “unworthy”.  Go figure!  But that’s just part of the price to pay.

UPDATE (April 20, 2011): I don’t know about you, but it seems to me that people can develop some backbone every now and then.  Judging by this New York Times editorial, Gov. Brewer has shown some judgment in vetoing what the paper with “all the news that’s fit to print” calls, “two absurd bills: one allowing guns on university campuses; the other requiring presidential candidates to provide detailed proof of citizenship, including a sworn affidavit and a long-form birth certificate, before they could appear on the Arizona ballot.”  Even if she was less than forthright in her veto of the guns-on-campus issue (which I guess it comes on the aftermath of the shooting of Rep. Giffords on January 8, 2011), the editorial states that “Ms. Brewer called the ballot bill ‘a bridge too far.’  That’s saying something coming from a governor who, last year, proudly signed a mean-spirited measure giving local police extraordinary powers to arrest anyone who could not immediately prove they were here legally“.  The editorial ends saying that “(t)his does not mean that Ms. Brewer is a new person politically, but it does suggest that she has limits.”  Congrats!  Good for her! 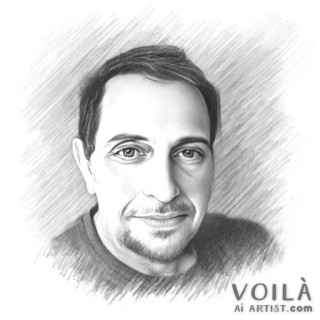